UENO, Yoshie（Flute）
Yoshie Ueno, a Japanese flutist, graduated first on the top of the list from Tokyo University of Arts and received the Acanthus Award. Then she finished the master’s degree program of the Tokyo University of Arts.
She was the first prize winner of various well-recognized competitions, including the 76th Japan Music Competition (with winning Iwatani Award (the audience award), Kato Award, Yoshida Award and E. Nakamichi Award), the 15th Japan Wood Wind Competition (with winning Cosmos Award (the audience award), Governor of Hyogo Prefecture Award and Asahi Shimbun Award), and the 2nd Tokyo Music Competition. She was also the semi-finalist of the Nicolet International Flute Competition.
As a soloist, Ueno has performed with Czech Philharmonic Chamber Orchestra and Japan’s leading orchestras (Yomiuri Nippon Symphony Orchestra, Tokyo Metropolitan Symphony Orchestra, New Japan Philharmonic, Tokyo Symphony Orchestra, Tokyo Philharmonic Orchestra etc.), conducted by Eliahu Inbal, V.Valitov, Kenichiro Kobayashi, Junichi Hirokami, and other well-known conductors. She also performed as a soloist with the Czech Philharmonic Sextet and the Amarcord Quartet Berlin consisting of principal players of Berlin Philharmonic.
In addition to Japan, she has made solo performances in the United States, Germany, France, Austria, Russia, Korea, China, and Taiwan.
In 2005 and 2016, she had the honor of performing for Emperor Akihito, Empress Michiko and Prince Naruhito of Japan at the Imperial Palace. She also performed at the dinner party of the Japan and China Summit Meeting held in the Official Residence of Japan’s Prime Minister.
As of September 2019, she released 11 CDs from Octavia Records Inc. One of her debut CDs [Garak (Isang Yun Flute works)] won the special commendations from Asahi Shimbun and the quasi-special commendation by the Record Geijutsu journal. Also, her third CD [Eastern Europe Songs] was awarded the quasi-special commendation by the Record Geijutsu journal.
She has performed for various TV and Radio programs, including “NHK World Music Album”, “NHK-FM World Music Recital”, “NHK Symphony Square”, and “Kimamani Classic”.
She teaches at Senzoku Gakuen College of Music.
In 2016 and 2017, she lived in the United States and mainly performed there, including the solo recital in Washington D.C. and the solo performance in Carnegie Hall (New York City). From autumn 2017, she moved to Paris and based her activities in France and Europe. Now she bases in Japan. In 2018, She was awarded the “Washington Award 2018” from the S&R foundation.

A native of Japan, Nozomi began her musical education on clarinet at Osaka College of Music. After receiving bachelor’s degree, she went to the United States and completed her master’s degree at the Juilliard School, studying with Charles Neidich and Ayako Oshima. While in U.S., she gave her recitals in N.Y. and had been playing as a member of New Juilliard Ensemble. Coming back to Japan in 1999, she won the first prize at the 68th Japan Music Award. Since then, she has been appearing as a soloist, chamber musician and orchestral player throughout not only Japan, but also Korea, Hong Kong, Hungary, Mexico and so on. At present, she is a member of next mushroom promotion, which is the winner of the Keizo Saji Award in 2006, Izumi Sinfonietta Osaka, Ensemble Kujoyama which received Music Critic Club Award in 2020, faculty of Osaka College of Music, Kyoto City University of Arts and Doshisha Women’s College of Liberal Arts. https://nozomiueda.com 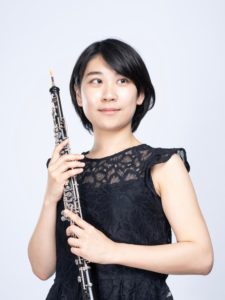 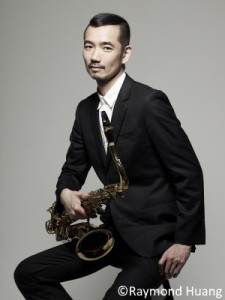 Receiving his undergraduate and master’s degrees from the Tokyo National University of Fine Arts and Music (now Tokyo Unversity of the Arts), Oishi went to France to study at the Conservatoire National Supérieur de Musique de Paris in 2001. He graduated with top honors (mention très bien) in saxophone, chamber music, and free improvisation.  The same year he advanced to the school’s 3rd level Chamber Music Course (Classe de Musique de Chambre, 3e cycle de perfectionnement), completing it in 2007. From 2002 to 2004 he studied  on a research grant from Japan’s Agency for Cultural Affairs in their  Program of Overseas Study for Upcoming Artists.  Before returning to Japan in 2008, Oishi played not only in France, but in  various countries in Europe, Africa and Asia. His participation in the Tokyo Opera City Cultural Foundation-sponsored recital series B→C 100 garnered him high acclaim. Subsequently, he appeared in such events as the Tokyo Opera City Cultural Foundation Composium, the Suntory Foundation for Art’ Summer Festival, and the Takefu International Music Festival. He also appeared in 2008 in a dance collaboration at the late Pina Bausch’s dance festival in Germany (Internationale Tanzmesse NRW). He has worked extensively, focusing on contemporary and classical music, but also playing concerts, on television and radio, in addition to recording music for commercials. He has released two albums with the Blue Aurora Saxophone Quartet, of which he is a member. His contemporary music group, Tokyo Gen’On Project received the 13th Saji Keizo Prize. He is a lecturer at Tokyo National University of fine Arts and music, Senzoku Gakuen College of Music, and Toho College of Music. www.m-oishi.com

Tosiya SUZUKI studied the recorder at the Sweelinck Concervatorium with Walter van Hauwe in Amsterdam. He specializes in performing contemporary music and working to extend the techniques and the possibilities of the recorder.

Tadashi Tajima is considered to be one of the representative Japanese shakuhachi players on the world-wide musical scene. He is the founder and the head of Jikisho-ryu of shakuhachi, and teaches at his schools in Tokyo and Osaka. He holds two important recitals in Tokyo and Osaka every year (total 76 times). Beside these recitals he holds concerts of shakuhachi-honkyoku (shakuhachi pieces without the other instruments) in more than 400 places throughout Japan. He also played in 25 foreign countries and is invited to many famous international music festivals such as Bach Fest and Salzburg Festival.

Tadashi Tajima received the First Prize by the competition of traditional Japanese instruments, the Grand Prize and the German Ambassador Prize in the Pan-Musik-Festival in 1974. He was awarded the Art Festival Prize by the Agency for Cultural Affairs in 1990, 2007 and 2018. He was also chosen as the Remy Martin Prize and the Ongaku-no-Tomo Prize. In addition he received the Encouragement Prize of Osaka-Fumin Theater.

Tadashi Tajima published several books such as “Shakuhachi-nyumon-kyosoku-bon(Shakuhachi Guide Manual)” and “Ichion-ni-kokoro-wo-komete(Devotion to a single tone)”. His CD of shakuhachi-honkyoku is highly valued in Germany.

Tadashi Tajima has collaborated with other artists of different categories. He is free from the common preoccupation about shakuhachi. His performance shows not only the great potential of expression of instrument but also its capacity of the response to various musical situations. He succeeded all of these projects thus received a high reputation.

Tadashi Tajima premiered “Voyage X-Nozarashi” of Toshio Hosokawa at the St.Thomas Church in Leipzig during the world-wide famous Bach Fest.