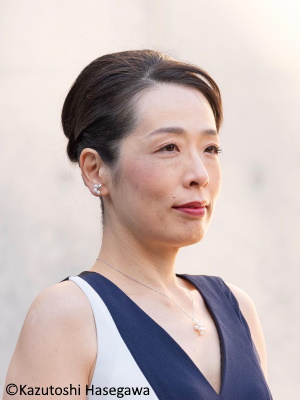 After receiving her B. A. Diploma in the Toho Gakuen School of Music, Saori Oya moved to Belgium.

After graduating summa cum laude in 2000 from the Royal Conservatory of Brussels (Flemish side), she received the Grand Distinction Award for piano, chamber music, and contemporary music. Pursued further chamber music and contemporary music study through the specialization course, she became a piano lecturer at the same conservatory in 2004.
In addition to soloist activities, she plays in a piano duo with her brother Yutaka Oya, and the Oya Piano Duo was invited to perform in many international music festivals. They ambitiously took in works from the classical period to the present, and gained a reputation for having a diverse repertoire.
She also participated in many concerts by contemporary music ensembles: “Champ d’ Action”, “Ensemble Musiques Nouvelles”, “Prometheus Ensemble”, and the Royal Flanders Opera, and after 10 years in Belgium returned to Japan.
Recently, in addition to performing chamber music concerts throughout Japan, she is regularly invited to music festivals abroad. She is also engaged in a wide variety of activities that include conducting outreach programs at schools, acting as a judge at competitions, giving advice lessons, and producing a concert series, “Sunday Morning Classics”, for the enjoyment of classical music on Sunday mornings.
Released a new CD “Saori Oya Plays Brahms” (Sound Aria Records) in 2018.
Received the Fukui Prefecture Cultural Prize, Encouragement Award 2015.
Official site: www.saorioya.net 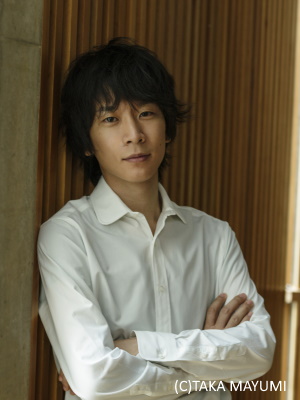 Born in Aichi (Japan) in 1991, Tomoki Kitamura.
Since he won the 1st prize(2nd prize was not awarded) and the Grand Jury Prize at the prestigious Tokyo Music Competition at the age of 14, he started his career in Japan.
Thereafter he has got prizes at important international piano competitions including Hamamatsu, Sydney, Leeds, and Telekom-Beethoven competition in Bonn.
Today Tomoki Kitamura appears constantly in the prestigious concert halls in Europa and Japan as a recital pianist, soloist of orchestra , chamber music player, and also as a fortepianist.
His 5 solo CDs received favorable reviews on the prestigious magazines in Japan.
He has been learning Piano with Prof.Kei Itoh, Prof.Ewa Pobłocka and Prof.Rainer Becker.
After graduation his Diplom with the distinction from Universität der Künste Berlin in 2017, he continues his study with a big interest in researching historical interpretation and instruments with Prof.Jesper Christensen at Hochschule für Musik und Darstellende Kunst Frankfurt am Main.
Official Website：http://tomoki-kitamura.com/ 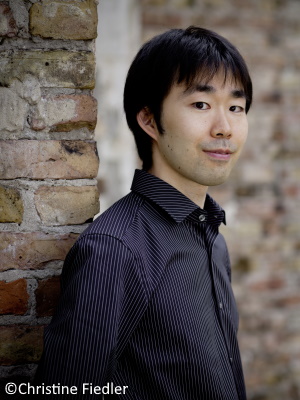 Born in Sendai, Japan, Yuya Tsuda studied at the University of Arts Berlin after graduating from Tokyo University of the Arts. He won the 1st prize, the audience prize and the French Ambassador to Japan Prize at Sendai International Music Competition in 2007. He was also awarded with Special Prize for the interpretation of commissioned work at ARD Music Competition in Munich in 2011.

Yuya Tsuda founded the piano trio “Trio Accord” together with violinist Kei Shirai and cellist Hiroki Kadowaki and they perform actively throughout Japan. As a chamber musician, he has performed with many renowned musicians.

He is currently an Associate Professor at Tokyo University of the Arts.

She received the prize for the most distinguished concert of the Experimental Sound, Art & Performance Festival Tokyo, the Phoenix Evolution Award Osaka, the special prize for the best performer for spanish contemporary music with the „Xavier Montsalvatge Competition“ in Spain and the first prize in the piano concerto competition of the Orchestra Ensemble Kanazawa.
Chamber music plays an important role in her artistic life, working with many of the world’s leading artists, including Mario Caroli, Jeroen Berwaerts, Pierre Morlet, Barry Snyder, Teodoro Anzelotti and Eduard Brunner. A new CD for piano and cello together with the cellist Rohan De Saram will be released next year. She is the initiator and founder of the duo “contemporary piano currents” for piano and electronics.
Junko Yamamoto is invited to perform at many international festivals, recently Strasbourg International Music Festival “Le festival musica” in France, “Bartok International Festival” in Hungary, Musicarama Festival in Hong Kong, “Takefu International Music Festival” in Japan, Festival Bienal Música Hoje Curitiba, Sinuston Festival, Festival New Music Week among others.
She gave lectures and workshops at many Universities on the world including Korean National University of Arts in Seoul, National University of Ireland in Maynooth and the University College Cork, Wits University Johannesburg, University Stellenbosch, University of Cape Town, Universidade Federal do Paraná.
www.junkoyamamoto.de 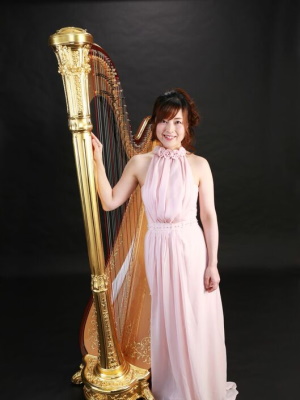 Born in Osaka, Japan, she began playing the piano at the age of 3 and graduated from Soai University (Faculty of Music).After studying at University,she began playing the harp.She is now a free-lance harpist and her activities incorporate solo, chamber ensemble and orchestral performances.She is a member of the violin and the harp duo‘X[iksa]’ with violinist Yasutaka Hemmi,and has performed more than 500 times including performances in South Korea,Australia,Canada and South Africa.Along with X[iksa], she is also a member of the harp duo ‘Farfalle’, with sister Eri Matsumura, and has performed in a range of contexts including the Arles International Harp Festival and the NHK-FM Recital. She has released five CDs so far;‘X[iksa]’in 2008,‘Farfalle au bois dormant’in 2009,‘Wa’in 2010,‘Casse-Noisette～Cadeau de Noel～’in 2012,‘Farfalle au pays merveilles’in 2013. She has given numerous first performances, and as an arranger, she has expanded the repertoire of harp music.
http://www.x-iksa.com/ 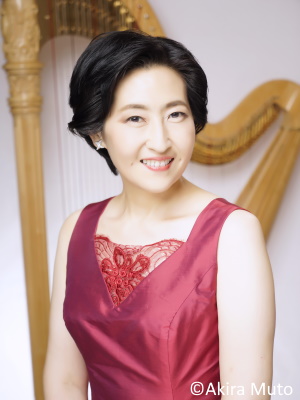 Naoko Yoshino has been invited to numerous prestigious music festivals, such as the Lucerne, Salzburg, Schleswig-Holstein, Marlboro, and Seiji Ozawa Matsumoto Festivals. Through chamber music, she has worked closely with such renowned musicians as violinist Gidon Kremer, flutists Aurèle Nicolet, Emmanuel Pahud, Jacques Zoon, and horn player Radek Baborák.
As an advocate of new repertoire for the harp, Naoko Yoshino has premiered many works, including Toru Takemitsu’s “And then I knew ‘twas Wind” and Toshio Hosokawa’s Harp Concerto “Re-turning”. Recordings to date include releases from the Teldec, Philips, and Sony Classical labels, and in 2016, she started a new recording project with her own private label “grazioso”.
Naoko Yoshino began to study harp at the age of six with Susann McDonald. She started her worldwide career in 1985, after winning first prize at the Ninth International Harp Contest in Israel. www.naokoyoshino.com 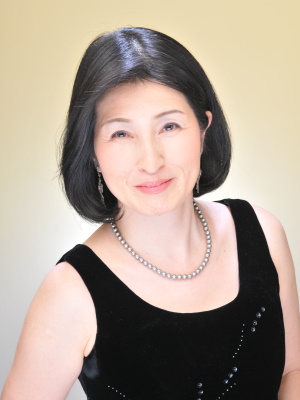 Graduated from Kunitachi College of Music, Department of Piano and completed the research student cours of period instruments at the Toho Gakuen College under Chiyoko Arita. At the Amsterdam Conservatory, where she studied with Gustav Leonhardt and graduated with a soloist diploma.
She was based in Amsterdam and has performed as a soloist and a basso continuo player in the Netherlands, Germany, Switzerland, France, etc. and has given concerts as a member of the ensemble La tempesta and others.
After returning to Japan, she has completed five cycles of the “Zyklus Complete Solo Harpsichord Works by J.S.Bach” and performed at the Fukuoka Ancient Music Festival. She presides over STUDIO CLAVECIN, where she teaches early music ensemble and harpsichord workshops for piano teachers.
https://105studioclavecin.amebaownd.com