Takefu is a town in the central-northern part of Fukui prefecture. The town has a long history since the ancient era. Being the capital of Echizen province (the northern part of Fukui), Takefu has flourished as political, economic and cultural center. Many famous persons in the Japanese history visited the town. Murasaki-shikibu (author of the “Tale of Genji” in the Heian period) and Toshiie Maeda (founder of the Maeda clan in the Edo period) are just two examples. There are many “sons and daughters” of Takefu too: Kouki Watanabe (1st president of the Tokyo University), Tokuzo Akiyama (chief cook at the imperial palace), Machi Tawara (poet), Hideki Chihara (composer), Iwasaki Chichiro and Kako Satoshi (picture book writers).

Takefu had the second largest population in Fukui prefecture. In 2005 Takefu and a neighbor town Imadate formed a new city Echizen. In this way, Takefu has got a deeper relationship with other communities in this region. 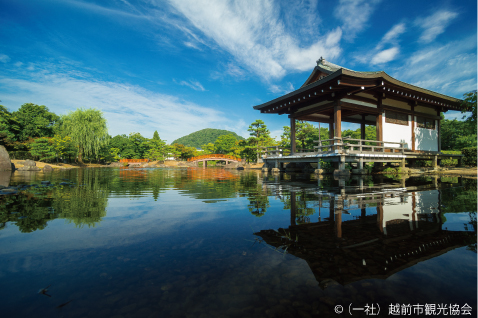 Takefu wasn’t destroyed in WWII, thus some of the old districts and houses remains quite well until today. You can feel the long history of the town if you walk along with old temples and shrines at the Teramachi street or merchant houses in the Kura-no-tsuji district. There are also many parks such as Murasaki-shikibu Park and Hino river green park where you can rest for a while and enjoy beautiful landscape in Takefu. 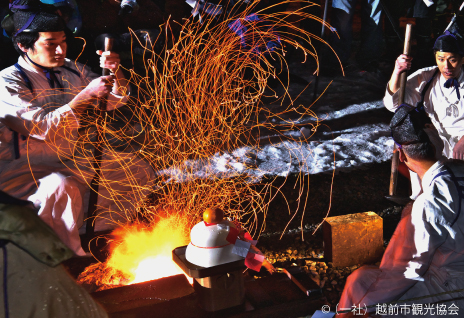 Takefu and neighboring towns are also famous with many traditional handworks. Many exhibitions and workshops are hold in factories of Echizen-uchihamono (knives), Echizen-washi (paper wares), Echizen-tansu (wooden chests), Echizen-yaki (ceramic wares) and Kawada-shikki (lacquerwares). You can directly learn the technic of skillful Japanese artisans there. 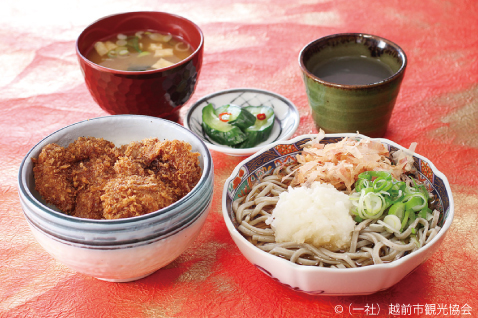 Furthermore, Takefu is known with delicious restaurants. Not to mention sea foods such as sushi and Echizen-gani (crabs), Echizen-soba (Japanese noodle), Chuka-soba (Chinese noodle) and Volga-rice (pork cutlet on omelette-rice) are loved by fans.